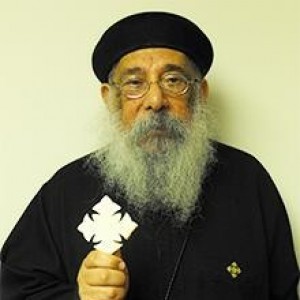 Father Wissa Bessada was ordained on 7-23-1976 by His Holiness Pope Shenouda III to serve at The Great Morkosia Church, (Azbakia, Egypt.) Fr. Wissa was called to serve at Saint Louis, Missouri (USA) on 12-16-1979. After that, he started serving Staten Island on 12-03-1980 and there was no Church at that time on the Island. The first Liturgy was held on 1-6-1981 and was attended by a total of 25 people at St Sylvester Church on Targee St where they rented. On 1993 and through the grace of God and Fr. Wissa’s service the congregation was able to purchase an existing building on January 1993. Fr. Wissa continued to serve the people of Staten Island and by October 2004 construction of the current church as an extension to the existing building started. The church was consecrated on 2-4-2007, and shortly after, Fr. Wissa was promoted to the next and last rank of priesthood (Hegomen) on 2-6-2007