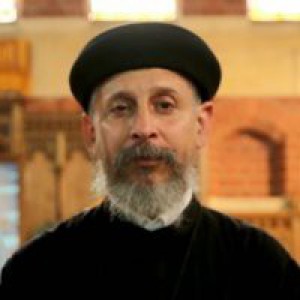 Fr David Kamel, has been serving as since his Arrival from Egypt in the early 90s. He served as Alhan and Coptic teacher at St Mary's Coptic Church Kensington Victoria , then St Mina and Marina Coptic church in Hallem Victoria. He also taught Hymns and Coptic at St Anthony's Coptic Orthodox Collage. He also helped establish the churches in Tasmania, Fiji and Pakistan wile still a Layman. He was ordained as a full deacon for 5 years prior to been ordained to the Holy Priesthood, he helped establish in Melbourne the first mission church of St Verena and St Bishoy, St John the evangelist Coptic Orthodox Church and the Eporo Tower. He is currently completing, his master degree and Phd in mission evangelism. He was ordained to the Holy Priesthood by His Grace Bishop Dr Suriel in 2015 for the Coptic church, he served the churches in Tasmania for a period of time till he was reassigned to St Mary and St Abram Coptic Orthodox Church in Perth Australia.