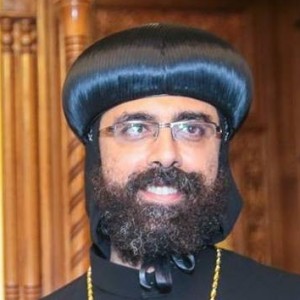 His Grace Bishop Gregory was born in Egypt and raised in Montreal, Canada until our Lord Jesus Christ called him to enter the monastic life in 2007. His Grace first entered the St. Antony Monastery in California in 2007 and then transferred to the St. Mary & St. Moses Abbey in Sandia, TX in 2009. He was consecrated a monk at St. Mary & St. Moses Abbey in Sandia, TX in 2011 and ordained into the priesthood in 2016. Then in 2017, His Grace Bishop Youssef appointed him Episcopal Vicar for the states of Texas and Arizona. In 2018, His Grace was elevated to Hegumen and later that same year he was ordained as a General Bishop serving under the auspices of His Grace Bishop Youssef in the Coptic Orthodox Diocese of the Southern United States.