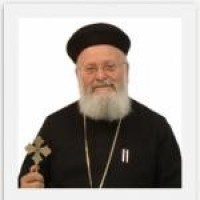 He came to America in 1981 and was ordained presybyter on November 14, 1989 in Los Angeles by His Holiness Pope Shenouda III. He has been serving at St. John Church in Covina since his ordination. He has been the chief editor of St. John Monthly Magazine since May 1990.