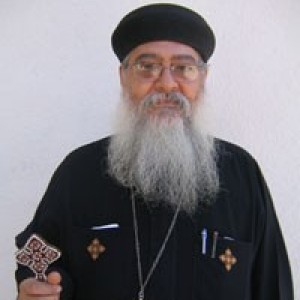 Father Markos Hanna was born on July 8, 1953 in Cairo, Egypt. He immigrated with his parents on November, 25 1970. He came to California June 1971 at the age of 17. He earned a Bachelor of Science in Metallurgical Chemistry from the University of Southern California in 1975. He worked as a chemist for 12 years.

He was ordained presbyter by His Holiness Pope Shenouda III on February 19, 1988. He served at St. Mark's in Los Angeles from 1988-2001 and is currently serving at Archangel Michael in Simi Valley. He has written and translated many church books from Arabic to English.