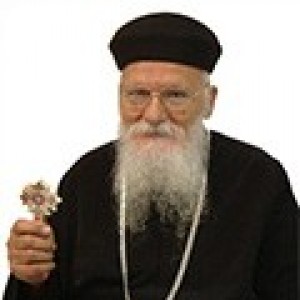 Father Antonios Younan Soliman was born on January 1, 1926. He received a Bachelor of Science degree in Agricultural Sciences from Cairo University in 1948 and worked in his field for six years. He served as a Sunday School teacher and Youth leader in a Church in Cairo

He was ordained Presbyter by Metropolitan Timothaos on November 21, 1954 for a Church in Mansoura, Egypt and was elevated to the Priestly rank of Hegumen in 1955, also at Mansoura. He was sent to the United States and served St. George Church in Jersey City, New Jersey from 1974-1976. He returned to his original Parish Church in Egypt in 1976.

He came back to the United States to serve at Holy Virgin Mary church in Los Angeles from 1988-1992 and St. Mary and St. Athanasius Church in Northridge from 1992 until his departure.