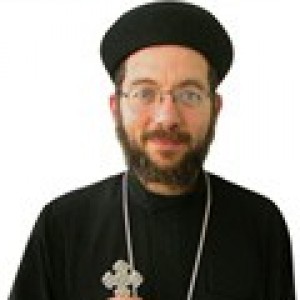 Father David Elias was born in Cairo, Egypt in 1969. He earned a Bachelor of Science degree in Computer Programming in 1991. Five years later, he came to California and, in 2002, earned a Masters degree in Project Management from Keller Graduate School in California. He worked in software engineering and management for 13 years in Egypt and California.

He served as a Sunday School teacher in Archangel Michael Coptic Orthodox Church in Shubra, Cairo and was a Youth Leader at Saint Mary and Saint Athanasius church in Northridge until his ordination as presbyter by His Grace Bishop Serapion on November 21, 2004.