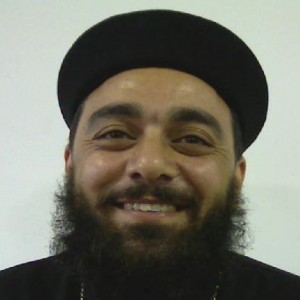 Father Boules Baky Asaad was born in Egypt in 1975. He earned a Bachelor of Science degree in Pharmaceutical Science from Cairo University in 1997. For six years, he worked in Bahrain and Dubai with several pharmaceutical companies. He served as a Sunday School teacher and Youth Leader at Saint George Coptic Orthodox Church in Heliopolis, Cairo; he also served during his years in Dubai. On March 6, 2005, His Grace Bishop Serapion ordained him presbyter at Saint John the Baptist church in Oxnard, where he served for one year. In 2006, Father Boules began his service at Saint Verena and the Three Holy Youth (Coptic Center) in Orange, California.