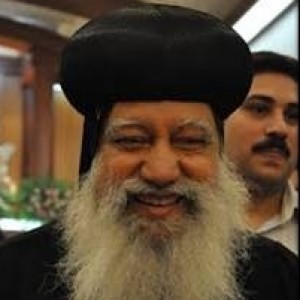 His Eminence Archbishop Dr. Anba Abraham is the Coptic Orthodox Metropolitan Archbishop of Jerusalem and the Near East.
Born in Egypt, he graduated from the Egyptian Agricultural College in 1964 and later received his master’s and doctoral degrees in Medicinal and Aromatic Plants. In 1967, he obtained a B.A. and in 1971 an M.A. Degree in Theology from Cairo Theological Institutes. Before he became a Professor in 1983 in the National Research Center in Egypt, he had become a monk.